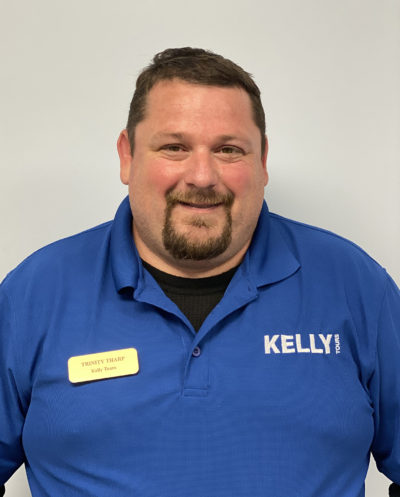 Our nomination for the American Bus Association Motorcoach Driver of the Year is Trinity Tharp! At Kelly Tours, we receive the most requests for Trinity. Although he recently celebrated his two year work anniversary with us, he’s been driving for over ten years. Trinity is a fantastic driver with a spotless record and rich experience taking passengers on short and long trips all over the country. He prioritizes safety, knows his way around, and is especially talented at navigating crowded cities with grace. As an employee, Trinity is a strong communicator and always forthcoming with trip information and necessary documents.

What really sets Trinity apart from other drivers is his personal connection with passengers. He’s always considerate of the comfort and safety of his passengers, he’s a welcoming and confident presence behind the wheel, and he makes sure people get exactly where they need to go. He becomes a part of the group! When Trinity drove the North Charleston Dixie Majors to the championship in Louisiana, the players insisted that he pose with the winning team and their trophy because he was “good luck.” 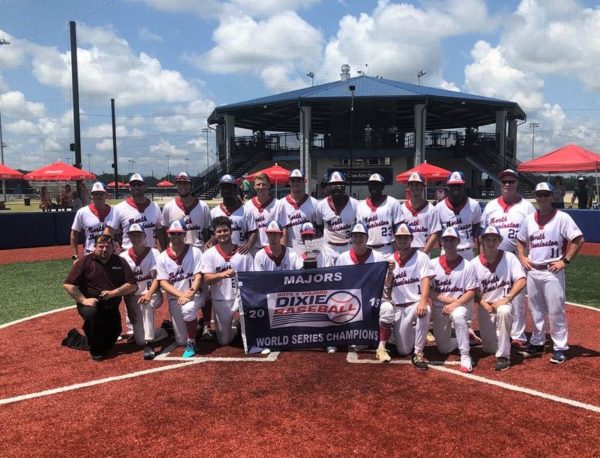 The best drivers set the tone for trips, inspiring trust so that groups feel freedom to have fun and enjoy the adventure. Our safety administrator Patricia Davis describes accompanying her daughter on a class trip to Atlanta in a Trinity-driven motorcoach and admired his deft skills navigating the crowded one-way streets of downtown Atlanta.

“He’s an asset to Kelly Tours,” she points out, “His experience takes the anxiety off the tour directors because they know they’re in good hands.”

When he’s not driving, Trinity is a devoted family man and a dedicated member of his church. We’re proud to have Trinity as a driver for Kelly Tours and we think he’s absolutely ABA Motorcoach Driver of the Year!