Over the years, the city of Savannah, Georgia, has become synonymous with St. Patrick’s Day. We have a saying in Savannah that we’re all Irish on March 17!  (To be fair, some people become Irish for the entire month of March.) Savannah’s St. Patrick’s Day Parade, now entering year 196, is the second largest parade in the United States, traditionally drawing crowds up to 15,000 people.

Cool, cool. But how did this small coastal city become an international destination for celebrating Celtic Pride?

Savannah’s deep connection to Ireland goes way back. Nine of the original settlers granted land by founder James Oglethorpe were Irish. Also, the potato famine in 1845 drove thousands of people from Ireland, many settling in Savannah. In 1813, members of the Hibernian Society, a group formed to help Irish immigrants in need, marched to the Independent Presbyterian Church in Chippewa Square. In 1824, the procession became public and sláinte, the modern day parade began!

Since then, Savannah’s celebration has evolved to include more marchers and spectators in a citywide celebration of Irish culture. Don Adams, owner of Kelly Tours, began offering bleacher seating for visitors and locals at the St. Patrick’s Day Parade in 2000. For those looking for a little more, Kelly Tours offers tickets to the VIP party, which includes two gourmet buffet meals at Ciao Bella, unlimited Green Punch and beer, use of clean private restrooms, reserved bleacher seating, and entertainment from Savannah’s DJ Donnie.

Adams is partial to the Bay Street bleachers as they offer the best shade and a direct view of the action.

“A lot of people associate St. Pat’s with a big party,” Adams explains, “but the parade itself is very family oriented. It brings families together for a great day watching military groups, bands from around the world, seeing Savannah’s colorful characters.”

We have no doubt the 2020 parade will be another epic event. Grab your green and meet us there! 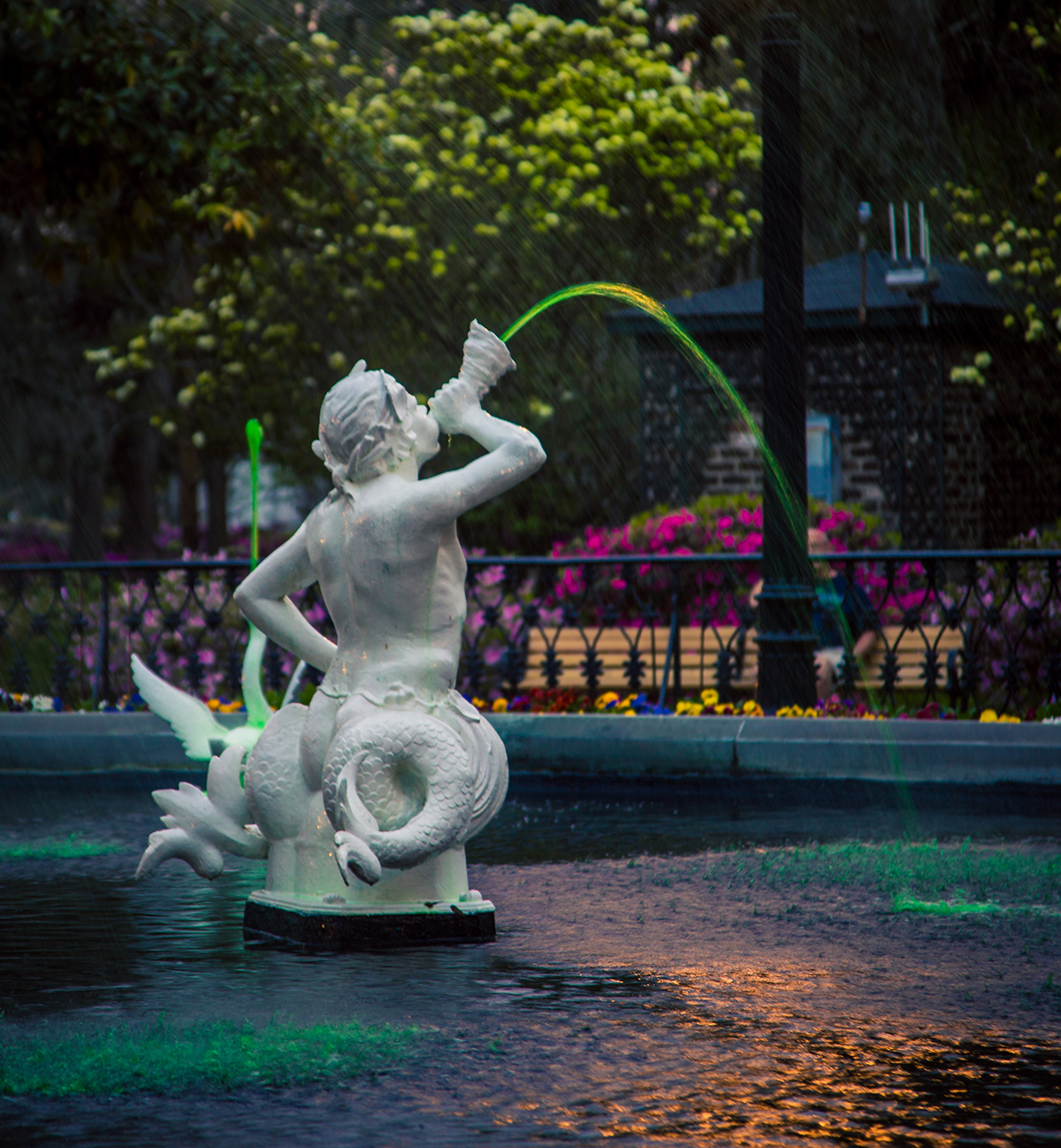 About the Author: Carolyn Prusa