William Penn had a distaste for cities. His colony, Pennsylvania, would need a capital that would not bring the horrors of European urban life to the shores of his New World experiment. Penn determined to design and to administer the city himself to prevent such an occurrence. He looked with disdain on London’s crowded conditions and sought to prevent this by designing a city plan with streets wider than any major thoroughfare in London. Five major squares dotted the cityscape, and Penn hoped that each dweller would have a family garden. He distributed land in large plots to encourage a low population density. This, he thought, would be the perfect combination of city and country. In 1681, he made it happen.

Within twenty years, it was the third largest city, behind Boston and New York. A century later it would emerge as the new nation’s largest city, first capital, and cradle of the Liberty Bell, Declaration of Independence, and Constitution. 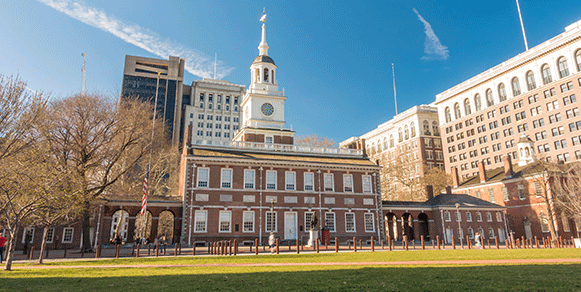 They risked everything — “their lives, their fortune and their sacred honor.” During the blistering summer of 1776, 56 courageous men gathered at the Pennsylvania State House and defied the King of England. Eleven years later, representatives from 12 states gathered to shape the U.S. Constitution, finally creating one unified nation. Your students will enjoy exploring history where it was made!

The guided tour of Independence Hall, led by National Park rangers, begins in the courtroom where lawyers from opposing sides shared tables and law books. 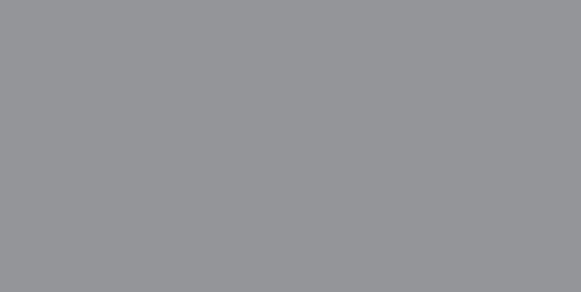 The Franklin Institute is as clever as its namesake, an innovator in designing hands-on exhibits before “interactive” became a buzzword. Its eminently touchable attractions explore science in disciplines ranging from sports to space. Highlights include The Sports Challenge, which uses virtual-reality technology to illustrate the physics of sports; The Train Factory’s climb-aboard steam engine; Space Command’s simulated earth-orbit research station; a fully equipped weather station; and exhibits on electricity. Films assume grand proportions on the Tuttleman IMAX Theater’s 79-foot domed screen; galaxies are formed and deep space explored in North America’s second-oldest planetarium, which reopened in 2002, sporting the continent’s most advanced technology. Don’t miss the 3D Theater and the indoor SkyBike. 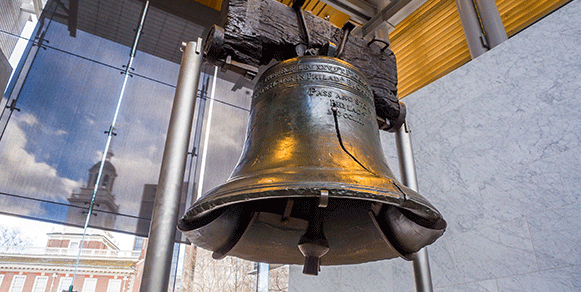 Let your students see first-hand The Liberty Bell Center. It is located on Market Street and offers a video presentation and exhibits about the Liberty Bell, focusing on its origins and its modern day role as an international icon of freedom. The Liberty Bell itself is displayed in a magnificent glass chamber with Independence Hall in the background. 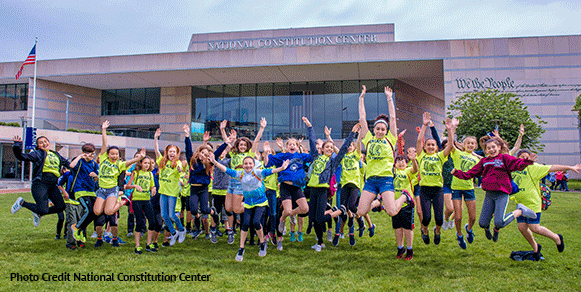 It’s only four pages long, but the U.S. Constitution is among the most influential and important documents in the history of the world.Let your students experience the 160,000-square-foot National Constitution Center which explores and explains this amazing document through high-tech exhibits, artifacts, and interactive displays. The Kimmel Theater, a 350-seat star-shaped theater, features “Freedom Rising,” a multimedia production combining film, a live actor and video projection on a 360° screen to tell the stirring story of “We the people.” Students can then experience it for themselves by donning judicial robes to render their opinion on key Supreme Court cases, then take the Presidential oath of office. In Signers’ Hall, there are life-size bronze figures of the Constitution’s signers and dissenters, students can choose to sign or dissent and view one of the rare original public copies of the Constitution. 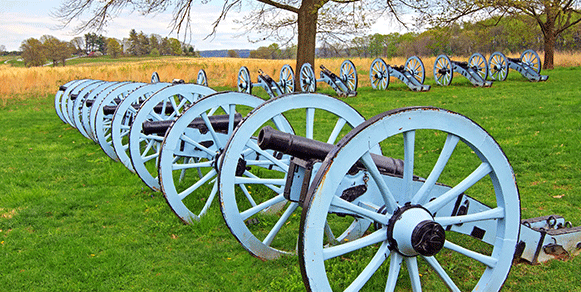 Valley Forge is the story of the six month encampment of the Continental Army of the newly formed United States of America under the command of General George Washington, a few miles from Philadelphia, Pennsylvania. Though no battle was fought here from December 19, 1777 to June 19, 1778, a struggle against the elements and low morale was overcome on this sacred ground.