Explore Georgia and all of its historic wonders with this Georgia Highlights tour. We will take you to all of the states most popular sites and give you a well rounded education of the “Peach State”. From South Georgia’s war and presidential history to Atlanta’s bustling city scape, and then travel up to get rich quick in the mines of Dahlonega. Uncover the spirits that are buried at the Indian Mounds in Macon and discover the rich history of the haunted city of Savannah. Dip your toes in the Atlantic ocean and feel the golden sands beneath your feet at Tybee beach and become part of the past at the Old Fort Jackson militia program. Experience all Georgia has to offer and more! 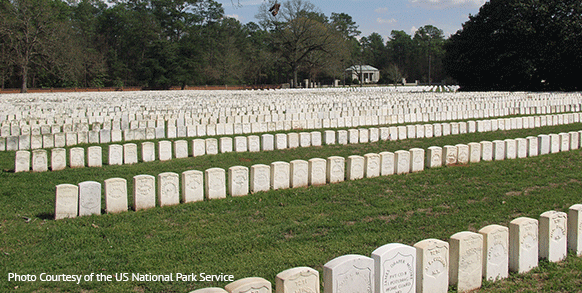 Opened in 1998, the National Prisoner of War Museum tells the story of prisoners of war throughout American History. Andersonville National Historic Site is the only national park to serve as a memorial to all American prisoners of war. Once filled with desolation, despair, and death, Andersonville today offers a place for remembrance and reflection. Here we remember POWs and honor their courage, service, and sacrifice. 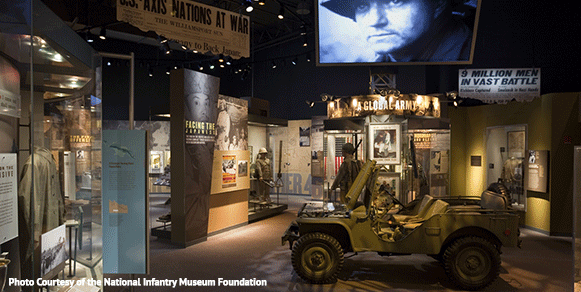 The National Infantry Museum’s primary focus is educating the public on the role of the U.S. Army Infantryman in securing the freedoms we all enjoy. The museum’s Education Department can help make the most of your visit through guided tours, educational materials, and public events designed to bring history alive in an unforgettable way. From classroom-based instruction to living history demonstrations, we can tailor your group’s interests to enhance the impact of the interactive exhibits at the museum. 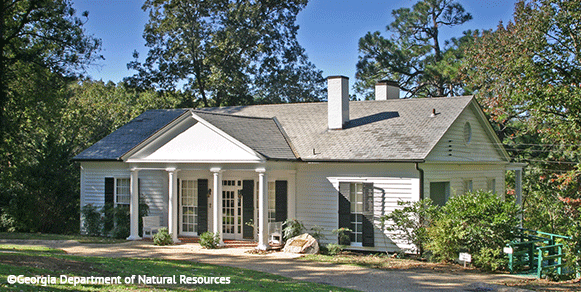 Nestled in a wooded environment on the edge of Mountain Creek Lake, the 35,000-square-foot facility is the logical starting point for a tour of Callaway Gardens.

Franklin Delano Roosevelt built the Little White House in 1932 while governor of New York, prior to being inaugurated as president in 1933. Today the museum showcases many exhibits, including FDR’s 1938 Ford convertible with hand controls, his Fireside Chats playing over a 1930s radio, his stagecoach and a theater. Visitors can tour FDR’s home, which has been carefully preserved very much as he left it, the servants and guest quarters, and the nearby pools complex that first brought the future president to Warm Springs. Selected as a “Readers Choice” site in Georgia Magazine four years in a row. 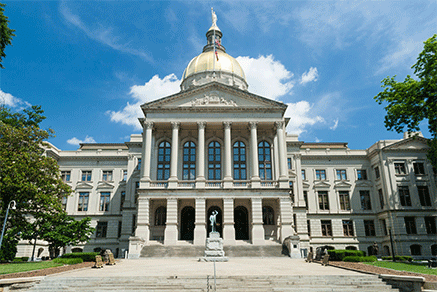 One of the most recognizable features of the Atlanta skyline is Georgia’s gold-domed state capitol, located several blocks southeast of the center of downtown. Although dwarfed by nearby skyscrapers, the dome glistens from the same hill that supported the first state capitol building in Atlanta. 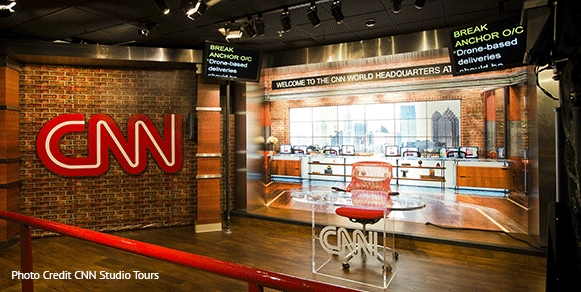 The world famous CNN Center is the global headquarters of CNN and Turner Broadcasting. The Studio Tour includes the one-of-a-kind re-creation of the main control room, where students can see and hear the behind-the-scenes elements of 24-hour news. They can test their knowledge with the journalism ethics display, and learn just how we make images–like weather maps–appear behind our anchors and correspondents. 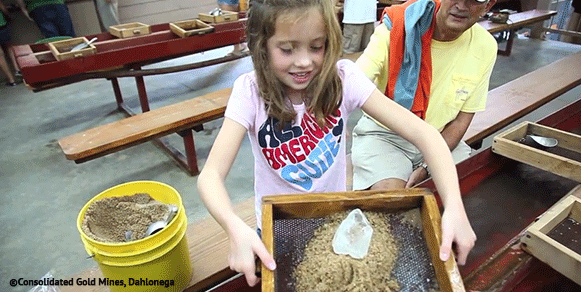 Gemstone mining is fun for the whole family. We offer buckets for the beginner and the professionals alike. Use our water powered flumes to find Emeralds, Rubies, Sapphires, Topaz, Amethyst, Quartz, Moonstone, Garnets, and much much more! Don’t forget to take your rough gems to our new Lapidary Studio. We can take your rough stone and turn it into a sparkling jewel! 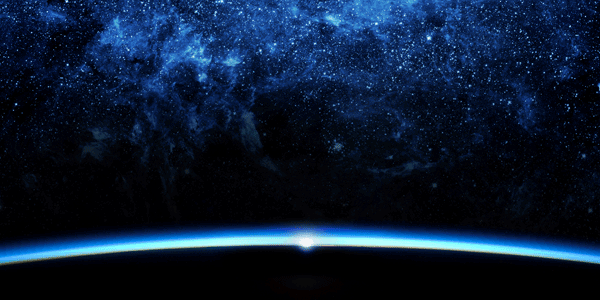 Planetarium at the University of North Georgia

At the George E. Coleman, Sr. Planetarium, students can explore the night sky as seen from Earth, or fly into the cosmos to explore other worlds in our dome-shaped theater. 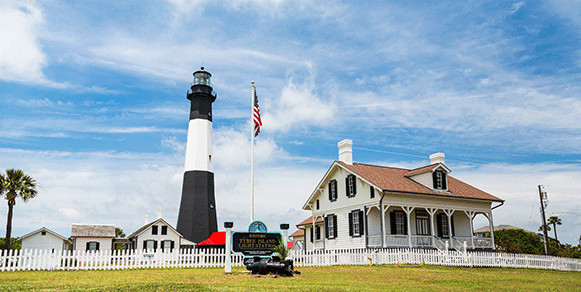 We are a complete light station whose history dates back to 1736. The tower stands 145 feet tall and has three Light Keeper’s Cottages nearby. A small 1812 Summer Kitchen holds archaeological finds. Across the street is an 1899 Military Battery that houses the Tybee Island Museum. Exhibits cover the time of the Euchee tribe, the history of Fort Screven, Tybee’s Golden Era and more. A yellow raised cottage adjacent to the property showcases 1900s Tybee architecture. 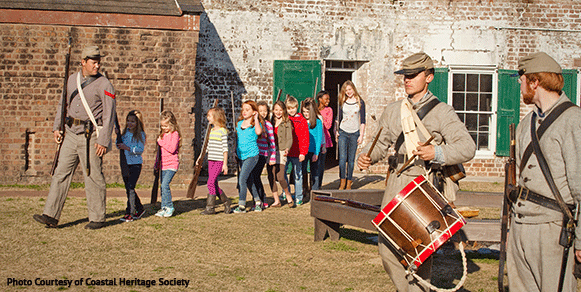 Old Fort Jackson is a must-see National Historic Landmark offering daily cannon firings and exciting interactive programs for adults, kids and families! Only minutes away from historic downtown Savannah, you can experience unique views of Savannah’s riverfront and walk on the grounds of one of the oldest brick fortifications on the East Coast.